Teaching students how to learn is important.   When it is time to learn about joints I give the students these problems to solve.

1. Using materials from the dollar store build a model of each of the following joints.   hip, knee, ankle, foot.   The joint has to move correctly.
2. Explain how you researched the joint, determined the design and put it together
3. Compare each joint of the lower limb to the upper limb-hip to shoulder, knee to elbow, ankle to wrist and foot to hand.

Here are the results from my most current class. 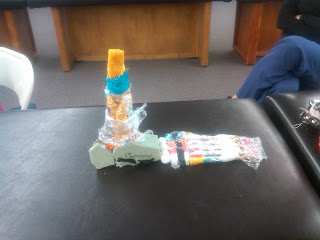 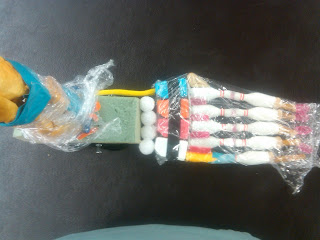 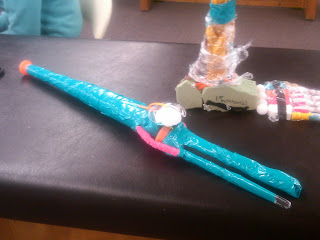 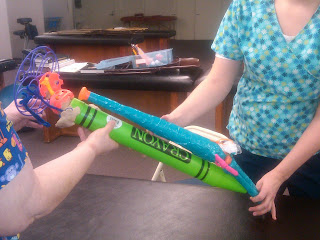 Posted by Unknown at 8:55 AM No comments:

Tactile Stimilation for Fish? Who would have thunk it? 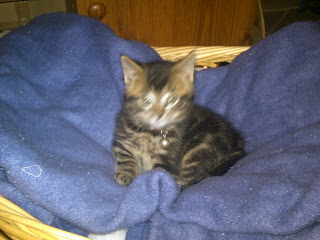 Was teaching a new group of students at the school about how to perform a pubmed search. They pointed this study out to me and I was thrilled and they were amused.   Why was Sandy so excited about a fish story?


In humans, physical stimulation, such as massage therapy, reduces stress and has demonstrable health benefits. Grooming in primates may have similar effects but it remains unclear whether the positive effects are due to physical contact or to its social value. Here we show that physical stimulation reduces stress in a coral reef fish, the surgeonfish Ctenochaetus striatus. These fish regularly visit cleaner wrasses Labroides dimidiatus to have ectoparasites removed. The cleanerfish influences client decisions by physically touching the surgeonfish with its pectoral and pelvic fins, a behaviour known as tactile stimulation. We simulated this behaviour by exposing surgeonfish to mechanically moving cleanerfish models. Surgeonfish had significantly lower levels of cortisol when stimulated by moving models compared with controls with access to stationary models. Our results show that physical contact alone, without a social aspect, is enough to produce fitness-enhancing benefits, a situation so far only demonstrated in humans.


Now those of you with pet fish might want to consider massage to reduce their stress.  Oh no –I can imagine another specialty—fish massage!


So why was a so excited? Because this is a really good example of the cross cultural –or cross species value of purposeful and organized touch on wellbeing.  I think the mechanism that underlies the effect demonstrated in fish is also a basis for the benefits of massage.  I am not a scientist nor do I have the constitution for research, but I do devour research and am really good at analysis of and practical application for the findings.  There are three areas described in this abstract that interest me. First the idea of moving verses stationary.  Touch that involves movement is inherent in massage.  The second is physical contact as a component of benefit  and the third is effect on cortisol .  Massage influence on cortisol has been questioned in the past couple years as a factor for determining affect.  This study makes me wonder again about the validly of measuring cortisol as a determinate of benefit for massage application.   Anyway, I wanted to share my fish story.
Posted by Unknown at 12:31 PM No comments: