Adaptation and the New Normal 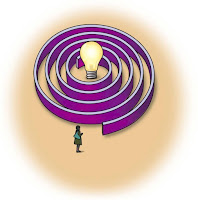 What is normal?  Definitions include conforming to usual standards, typical, expected, customary, and established.  The normal textbook definition of elbow range of motion is 0/145 degrees.  Having assessed elbow range of motion thousands of times during my massage therapy career I have seen all levels of elbow movement that were different than 0/145 degrees with no limit in functional capacity.  There must be a variation in normal a crossed a spectrum.

At 63 years old and pushing 38 years as a massage therapist, I have learned from my own life and the life stories of clients that the concept of normal is elusive.  I have had many events in my life that have challenged me to find many new normals ( whatever normal is).  So has everyone.  We all have stories.  Listening to someone’s story with empathy and avoiding personalization by giving advice, feeling judgement, admiration, disgust, pity or envy is a very important therapeutic skill. I am pretty good at it since I have had a lot of practice, took many professional courses in communication and have made plenty of mistakes and correcting them the best I could.  There are things I had done or said to others that, to this day, make me feel guilty.

If I really am at fault then I should feel guilty.  When I am not at fault then I should not have personal emotion attached to an event.  After all, at any given point, based on the knowledge and skills we have, we can only do the best we can. Objective reflection can be quite the experience and often we need a professional such as a psychologist who is highly trained in listening and guiding reflection to guide us.

Most of the massage therapy clients I have had over the years, like myself, are on a continual journey of adaptation and finding new normals. I am going to share just a few of my own stories that have taught me to be a more empathetic and compassionate massage therapist and person.

I was bullied as a kid. I got myself crosswise in 4th grade with the most popular girl in class and the bullying lasted through my freshman year in high school. To add fuel to the fire, I was chunky and clumsy with curly hair, wore thick glasses and had an unusual last name that was easy to make fun of. And I was really academically good in school but had terrible handwriting, spelling and difficulty reading out loud. This was in the late 1950s and early 1960s by the way.  My tendency to support the underdog, keep trying with those that struggle and gut based understanding for those who look different come from those years.

In college (1972) I finally was tested and diagnosed with dyslexia type issues.  When I was 5 or 6 years old I had a significant head injury when diving into a swimming pool. I often wonder if that was not at least a partial cause. My handwriting and spelling were a real hindrance and kept me from excelling like I might have at the time.  The 1970s was still the dark ages for learning and functional differences.

I married too young ( in retrospect) had 2 babies and really tried to be the 1950s type homemaker like I had been indoctrinated to by TV.   Those years are bitter sweet. The sweet part is my children. The bitter part was trying to be something I was not. The inner struggle surfaced my tendency toward anxiety which accelerated into panic attacks and agoraphobia.   I was all into organic gardening, food preservation and holistic health. I worked from home as a seamstress and in-home daycare.  I had taken some classes in massage and found I was good at it.  In 1979 the critical point happened and I left the marriage.  I knew that my tendency toward “close enough is good enough” would not serve me  in  business and accounting for which I trained for in college. How I overcame the fear of driving and going to unknown places is quite a story in itself.  Why I struck out as a massage therapist is still an unanswered question for me. A single mother at 26 years old ---well that was a new normal for sure.

I was successful as a self-employed massage therapist working all kinds of hours, in all kinds of places from people’s homes to a home office.  My kids really did grow up under a massage table.  I credit my success to 2 or 3 clients who were my champions. I will be forever grateful to these individuals.  Adapt, adapt, adapt.

In 1983 a few people asked me to teach them how to do massage and the foundation of my massage therapy school “Health Enrichment Center” was laid in the living room of my home.  The school is entering 31 years as a Michigan state licensed massage therapy school.  More adaptation. Now there were students and instructors to deal with. Another marriage, baby and divorce.  The divorce primarily occured because my life changed so much with a busy massage practice and now the school and  my husband just did not want to adapt to my new normal. In retrospect I don’t blame him.

In 1992 I was approached to write a massage therapy textbook and I declined. Remember I deal with dyslexia and I was computer illiterate. No way was I going to expose myself to the criticism of publishers and the public. A year later the publishing company promised me all the help I would need and to this day they continuing to provide the assistance. My copy editors are so valuable. I also learned to use the computer and by the time I got over my fear of it, I realized how much help it is. I still read through mistakes and when I write on my own they will show up, However, I decided when I was 50 years old to not let that prevent me from writing for the public be it on a flip chart in a class or in a blog or eventually on Facebook.  Adapt, adapt, adapt and a new normal for quite a few years.

I did have a reoccurrence  of the anxiety that this time manifested as obsessive compulsive behavior. I was finally persuaded to try medication and it has made a big difference.  Wow another new normal.  I was also diagnosed with benign paroxysmal positional vertigo which is a weird vestibular issue that may have actually occurred with the head injury when I was a kid.  It is likely that the condition contributes to at least some of the anxiety, clumsiness and even dyslexic behaviors.  I had been adapting my whole life to those sensations and didn’t even know it. At least now I had a name and with than the ability to find information and understanding.

Until 2006 that is. From 2006-2016 –the last ten years have been a constant demand to adapt and find short term new normals.  Open heart surgery, triple bypass successful- but left with some cognitive issues. Tragic death of my oldest son, support for my daughter-in –law and birth of my granddaughter. 5 years of  lots of supported care for my granddaughter which continues and always will but she is getting older. Yesterday I found a pacifier in the trunk of my car and finially threw it away.   I maintained a busy massage practice including lots of travel with the athletes and managed and taught at the school.  I managed to survive the great recession even while being embezzled for a lot of money by a trusted employee who began to take advantage right after the heart surgery when I was vulnerable.  My daughter began working at the school in 2012 and found the issue and belss her heart has been a big part of digging out of that fiancial hole.  I worked like this until 2015 when the glaucoma, I was diagnosed with 15 years earlier,became severe resulting in 5 surgeries and significant changes in my vision, which has never been very good.  A few years ago I also tore my ACL and MCL which actually has required much more adaptation than the heart surgery.

My new normal today is limited driving and a change in client based since they need to come to me.  I am working with many retired athletes as they find their new normal and adapt to the joint replacements and functional changes related to aging and years of professional sports. My daughter also manifested the dream of opening a franchise business.  She had wanted to do this since her army days of working part time at a franchise business. So using the legacy left us from my oldest son, we opened Massage Green Spa  in April 2016. Wow, big learning curve and important to understand since the world of massage is changing.  Those entering the massage professional likely cannot –nor do they want to pursue their career like I did. In retrospect, I don’t blame them.

My new normal now includes teaching, writing textbooks, being 63 years old, seeing clients, mentoring the massage therapy employees and learning how to do more of the office work at the school including copy machine, running credit cards and stuff. My youngest son Luke graduated from my school and was out on his own as a massage therapist for 10 years. He fulfilled a plan for him to then come back to the school at age 30 to begin the process of slowly replacing me at the school as the lead teacher and eventually allowing me to step back a bit.  Ha-- that may be when I am 90 since he too is actively involved with the massage franchise operations.  My new normal is working with family---all the time. So far we are doing pretty well but tons of adaptation.

So what is normal anyway? Massage therapy clients bring us their life story every time they get a massage. I am amazed at our capacity for adaptation. When we realized that settling in to a new normal is an ongoing process, I think it is a little easier to be able to adapt.  As I view the continuing education offered massage therapists, I begin to feel like the important outcome of adaptive support for life changes is seen as inferior and to be a “real” massage therapist we need to “fix things” and work in hospitals or be directly involved with the medical community.  No one supports medical professionals more than me—they save my life and my vision. But life is typically messy and not a pathology. We all have the condition called life. We want to be able to move through life meaningfully.  It is likely that each client is doing the very best they can at that time. Support and kindness coupled with subtle physiological shifts that manage discomfort, support sleep and help them live life easier is the real benefit of massage.  Wellbeing is the most important outcome massage can provide.
Posted by Unknown at 9:08 AM